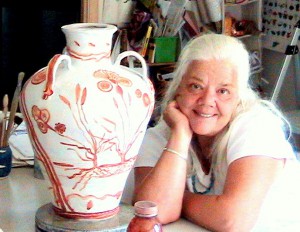 About the Artist and the Work

I began studying pottery at the Shelburne Craft School in Shelburne, VT in 1993. At this time, I also studied and worked in the pottery studio of Judith Bryant of Lincoln Potters in Lincoln, VT, and apprenticed with teacher Mary Jane Neale at the Mt. Mansfield Union High School Art Department in Jericho, VT through 1996. I am a 1976 graduate of the Montserrat College of Art in Beverly, Massachusetts, and of the University of Vermont, 1990.

In 1996, I started my ceramics business, Rainbows Landing Studios in Livingston, Montana. I also studied as a community class student at the Archie Bray Foundation for the Ceramic Arts in Helena from 2004-2006 with then resident artists including Gerrit Grimm, Deborah Schwartzkopf, and Trey Hill. I participated in kiln-building at the Bray with Ben Krupka and Curtis Stewardson.

Additionally, I completed graduate and independent study ceramics classes at Montana State University with Asst. Prof. Josh DeWeese and Assistant Instructor Elizabeth Sparks, from 2007-2011, where I exhibited  in group and solo shows at the University.

I am a member of NCECA, the National Council for Education of the Ceramic Arts, ICAN the International Ceramic Arts Network, and of the Montana Clay Group.

My work has shown at MSU Bozeman, in local galleries and shows, and at the Upper Missouri Artists Gallery in Helena for the Bray 60th Anniversary Downtown Artists Show in 2011.

I was  chosen as Featured Artist of the Month at Rainbow Ark in Livingston in June 2013 where I exhibited sculpture and pottery in the Finding the Goddess solo show. 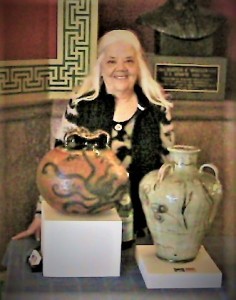 Recent shows in the northwest include:

Paris Gibson Museum Show with the Montana Clay Group in 2015 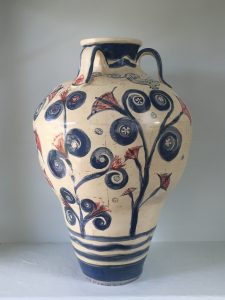 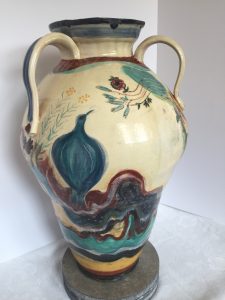 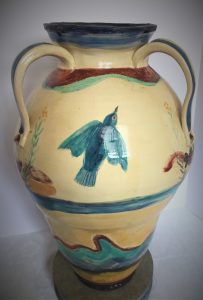